This is a writing challenge from a blogger friend Tom. Hope you enjoy it!

Once upon a time in the land of Aria there was a handsome king and his gorgeous wife, the queen. As with most fairy tales the King and Queen of Aria had a beautiful daughter. When she was born the sun did a gleeful dance in the sky, the clouds arranged themselves in amazing fluffy shapes, the birds sang the sweetest songs ever heard, the flowers bloomed with more colour, the cute forest animals celebrated by throwing an all night party and the whole land was filled with this powerful sense of absolute and unequivocal beauty, because you see the Princess was just that beautiful. Her skin was as white as snow, her hair of the blackest night and lips as red as blood. So white and pure was she that her parents named her Snow White.

Unfortunately, as fairy tales go the Queen caught  a deadly disease and passed on, leaving the King queen-less and the Princess motherless. Things would have taken quite the ordinary route if that was that but fortunately for us , that wasn’t that. The King you see got hitched again. Unfortunately for the King, he passed on 2 years after getting married again. The rumour in Aria is that the new Queen may have been just a little too aggressive for the King during their nocturnal activities.The King , after all was in his 70′s and his new Queen on the younger side of 30′s.

So it was just Snow White and the Step Queen living in the palace doing what Snow Whites and new Step Queens of fairy tales do to occupy their time.

As the days flew by to weeks , weeks to months and months to years the Step Queen who was quite the hot young thing when she  married the King began to notice two things, one worse than the other. The first thing she noticed was that the skin on her face had grown little hills and valleys. They were around her eyes, they were around her lips and oh no! there was a great big one across her forehead. Now if someone had invented Botox at the time, the second thing she noticed wouldn’t have bothered her and we could end the story right now. However, in light of the fact there was no Botox available, the second thing that she noticed did indeed become an issue.

You see, the second thing that the Step Queen noticed was that Snow White was becoming even more beautiful as the days went by and not a hill or valley did one see on her smooth , almost airbrushed looking skin. This did not bode well for the Step Queen and neither did she want to believe that someone other than her could be even more beautiful. So, she stood in front of her Mirror and summoned him.

“Mirror, mirror on the wall. Who is the fairest of them all?”

The Mirror who was at that moment drooling over some Arian model in the latest edition of Voguaria irritably glanced at the Step Queen , rolled his eyes and in a very posh British accent pronounced ” Well, it’s definitely not YOU dah-link”

“Snow White of course woman. Where have you been all this time? She’s the talk of the land, she’s the face that launched a gallon of drool from men across the land. She my dear is the fairest of them all. Now will you please let me get back to my magazine!”

Once she regained her senses, the Step Queen knew she had to do something. This would not do! She could not have Snow White out fair her !

And so she called on her toughest and meanest huntsman and told him “I want you to take Snow White out into the forest and I want you to kill her! I don’t care how you do it but before the sun rises tomorrow, Snow White is to be no more!” 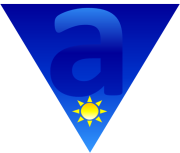 Now a few dimensional planes away in a world where Botox tea parties were the norm, in a secluded area just off  north in the county of (this unfortunately for us is a secret), England was a hugely massive mansion. The mansion was well, huge and it looked quite mansion like. Inside the mansion resided a superhero. His name was Aquatom and unlike his name he had the body of a Greek god, his face fortunately also followed suit and took on the appearance of a Greek God and his hair…well unfortunately his hair had other plans. His hair looked like the leaves of a pineapple though thankfully it was blonde instead of green. On this fateful day Aquatom,muttering silent curses at his hair as he tried vainly to get it to behave, suddenly stopped muttering silent curses. His superhero ears perked up as it picked up a distress call. It wasn’t any sort of normal distress call. This one sounded like a “damsel in distress” call!

Not one to ignore any sort of distress call much more a “damsel in distress” call, he uttered a final curse at his hair and whooshed with superhero speed through many long and tortuous corridors before finally entering his Aquatom Room of Superhero Thingamajigs.

A few taps of this, pushes of that and; bangs whoosh and dings later he finally pin pointed the source of the call.

“Aha! The Land of Aria!! I’ve been there once. Delicious waffles!

I wonder who could be in distress and why!”

Without a moment wasted Aquatom suited up and off he flew through the dimensions aiming for the source of the distress.

As Aquatom flew through space, time and dimensions, poor Snow White was on her knees weeping and begging for her life. “Please, please I beg of you. Spare me my life. I will run away into the forest. The Step Queen doesn’t have to know”

Putting on his meanest sneer and glint in his eyes the huntsman laughed. He laughed again. “You don’t understand do you Snow White. I love my job. I want to slit your throat and feel your blood run!”

“Move away from her you vermin!”

When the dust had settled, Snow White slowly opened her eyes to see the Greek God faced and bodied (we’ll just forget about the hair ) Aquatom smiling benignly at her.

“I say that was a great way to start the morning!”

Snow White however remained speechless for a while. Soon she felt able to talk and poured her sad, sad story to Aquatom as he sat and nodded at all the right places and uttered a “There, there” at even more appropriate places.

“What do I do Aquatom? Where will I go? I can’t go back to the palace! The Step Queen will kill me for certain”

The Greek God like face frowned as Aquatom thought about what the next steps should be. He thought and he thought, tugging at his hair. Suddenly he snapped his fingers with great gusto and said “By jove, I got it! I’m brilliant!”

I’m having a great time in New York! I can’t believe I’ve been selected as one of the models in America’s Next Top Model. I hope I don’t sound too arrogant in saying that looking at the competition this is a sure win for me! Tyra Banks is amazing! Nigel Barker is so dreamy! I can’t help but giggle each time he looks at me! Your idea of bringing me back to your world was fantastic! I can’t believe this! Thank you!

Back in Aria, the Mirror has through some contact he had is now holding Botox tea parties in Aria. In attendance, the Step Queen and only the Step Queen.

One thought on “Snow White and the Superhero”