It is only when we silent the blaring sounds of our daily existence that we can finally hear the whispers of truth that life reveals to us, as it stands knocking on the doorsteps of our hearts.  ~K.T. Jong

The table is from this site

You know, I was told by someone I know (don’t want to name names here) that my crown chakra is so huge, I look like……..Megamind

I’m trying to learn to accept that my crown chakra has opened up a little too much and I’m learning that it is quite alright to “get stuff” that most people don’t seem to get and; that it’s okay to think and contemplate about stuff (okay, honestly though I need a lot of work in accepting that, because for some reason I find thinking too much interfering with my meditation and tarot card reading…so I’m trying to tell myself it is okay to think but to just balance it out with feeling it too)

I’ve also been told and read that the Crown chakra is the gateway / portal to connect with our guides and other light beings….except that when we do want to try to connect it has to also come from the heart. It’s as if, for it to work you need both an activated crown and heart chakra…acting like a tunnel sort.

If you’re the type that loves to read up on stuff, get weird but cool ideas in your dreams or when you are doing something, and it just pop into your mind’s eye…yea…that’s your crown chakra working.

I guess it makes sense that the popular image for the Eureka moment is drawn with said light bulb above a person’s head! 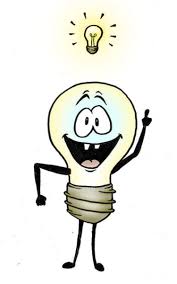 The major arcana cards from tarot decks that may or can be related to the Crown Chakra are:

The Alchemist : aka Temperance or Patience

As with all the other Chakra Series tarot card illustrations these were also taken from Fiona Beck’s blog. She has given credit to some of the illustrations and linked the artist in the posts. The names of the cards will link you to the relevant card posts in her blog as well. Thanks! 🙂